Skip to main contentSkip to navigationSkip to footer
Home
/
What Is Plone?
/
Plone
/
Plone 6

Get ready for the new Plone: the features, stability, scalability, and best-in-class security of an enterprise CMS, combined with a modern, easy-to-use, and powerful front end based on state-of-the art web technologies

The Plone 6 user experience has been redesigned from scratch to be awesome for power users and occasional users alike. It's easy to create adaptive layouts using a flexible and powerful blocks system built from the latest web technologies. There's no need for in-depth knowledge of how the web works or how the page will look on thousands of different devices - editors can split individual blocks into multi-column content that will automatically adapt to any device. Building complex, responsive pages with Plone 6 is effortless.

The blocks system is not limited to rich text. It will come with a faceted search block that allows editors to easily create sophisticated searches that make use of content metadata. Other blocks can present collections of content dynamically generated from a search. Plone has always included search, now the blocks system allows the search to be harnessed in new ways. 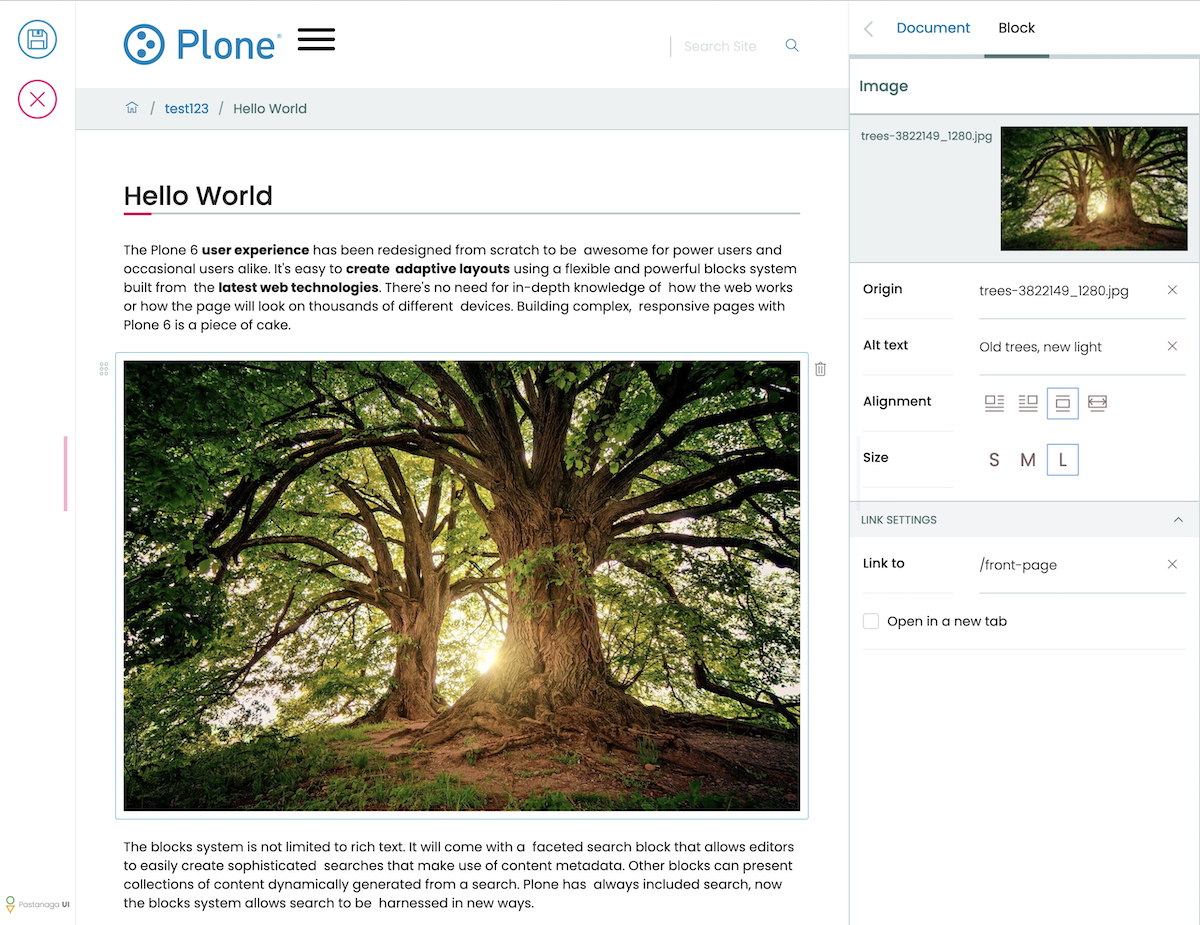 The quick growth of the Plone 6 community is the result of developer-friendly technology choices. It is built with the two most popular programming languages (Python and JavaScript) and an open-source software stack that powers some of the largest websites in the world.

Hundreds of new features have been developed for Plone 6 during the past four years. Rest assured that far from compromising Plone's security, flexibility, maturity, and rich feature set, Plone 6 builds on top of those things.

Under the hood, Plone 6 is a battle-tested Plone 5.2 back-end working with the new front-end framework. Code-named Volto, this framework has been actively developed since 2017 and already powers high-profile government websites for Germany, Italy, and the European Union as well as websites for large universities and research institutions.

There are thousands of organizations worldwide that have invested heavily in very large Plone installations. In keeping with Plone's commitment to always provide an upgrade path, these sites can upgrade to Plone 6 and continue to use the Plone user interface that they are familiar with. We're calling this UI Plone Classic, and it contains various usability and accessibility improvements. It also includes a modernization of the JavaScript and CSS stack, with markup update to Bootstrap 5, making theme development easier.

Get a preview of Plone 6 at the demo sites of the latest pre-release version.