Welcome to Three New Members of the Plone Foundation 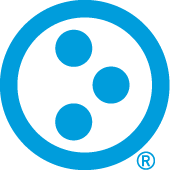 The Plone Foundation welcomes three new members after unanimous confirmation by the Foundation's Board of Directors on July 21, 2022.

Stefano began using Plone with Version 2.0 in 2003. He has been active in organizing and presenting for World Plone Day during the last 14 years. He attended his first Plone conference in Vienna in 2005 and later participated in conferences in Naples, Washington DC, Budapest, Bristol, San Francisco, Arnhem, Brasilia, and Ferrara. He helped to organize the Ferrara Plone Conference in 2019, and is currently contributing to a redesign project for Plone.org

In addition to his contributions to the community, Stefano has always worked to make Plone known and disseminated, contributing talks about the framework at various editions of Linux Day. He contributed to the birth and diffusion of Plone among public administrations by creating PloneGov in Italy (plonegov.it).

He is Chief Technical Officer of RedTurtle in Ferrara, Italy.

Markus met Plone around 2004, Version 2.05 and has been working with Plone / Zope since 2005. He has contributed to bug crushing on core dev and collective packages and has attended conferences and sprints for close to 20 years. He is currently engaged with the ongoing Classic-UI sprint and co-organized artsprint in 2016. He prides himself on asking (stupid) questions (on purpose) and poking into hornets' nests. Markus continues to develop freelance and customer related Plone solutions.

Michael McFadden joined Radio Free Asia in 2012 as a Python developer and has since taken the website through upgrades to Plone 4 and Plone 5. He migrated a monkeypatched translation product to correctly use TransformChain and reduced maintenance considerably. His contributions, aside from maintaining Radio Free Asia, mostly consist of small changes to documentation and quick fixes to parts of core. He is working on image captioning and output filters for Plone 5.

Michael lives on the East Coast of the USA, In Virginia, near Washington DC

The Plone Foundation encourages applications from long time contributors to the Plone project and community. Learn more about the Foundation membership and the application process.