The Plone community today mourns the loss of one of our best and brightest, Dorneles Treméa, in a car accident near his home in Garibaldi, Brazil. He was 31 years old. Dorneles was a key Plone developer, a pillar of the Brazilian Plone community, as well as president of the Brazilian Python foundation. He is survived by his wife, Flaviane Machado, and his two daughters — Helen and Ingrid. 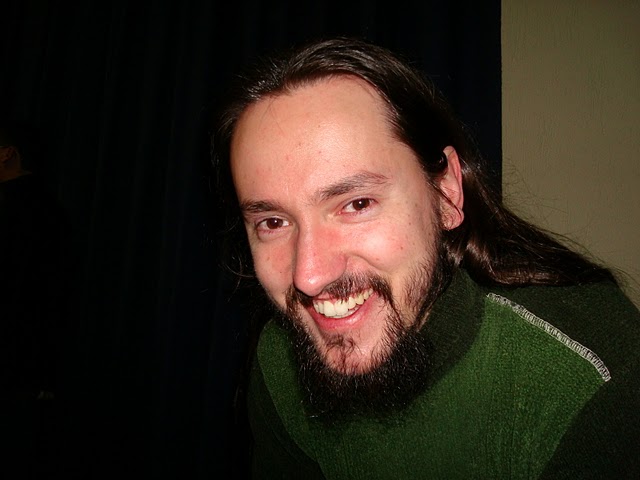 The following was written by his friend and Plone co-founder Alan Runyan and shared with the community on behalf of those who knew Dorneles, and those never lucky enough to have met him in person.

Finding out about losing Dorneles Treméa has been gut-wrenching. He has been one of those silent heroes in my life that you always expect to be there. He was the physical manifestation of Tranquility. It was real joy interacting with him both virtually and physically. Dorneles had tremendous patience and enthusiasm for teaching. If there was an opportunity for him to share anything he knew with someone else — he would take the time to do it.

Many people in the Python, Zope & Plone and Brazilian FOSS communities will feel the hole that Dorneles has left in our collective psyche. I knew Dorneles through the Zope & Plone communities. He always was engaged, interactive, and pushing the software and culture forward. Dorneles was a hacker. He made things better. He translated many different software packages to Portuguese (possibly responsible for the first Plone translation), wrote lots of software and spoke at many conferences. He loved problem solving and sharing.

I will deeply miss him. I will miss signing for the dozens and dozens of online purchases he would have delivered prior to his arrival in Houston. I will miss trying to order him an alcoholic beverage at a bar and him politely declining asking for juice on tap. I will miss skeet shooting with him. I'm looking at his Skype profile picture. The picture is from the last time we went shooting. His computer is still connected to Skype. His status is Away. I IM'ed, “I will miss you.”

Dorneles will be survived by his wife, Flaviane Machado and his two daughters, Helen (11) and Ingrid (8). They live in Garibaldi which is located in southern Brazil. My heart goes out to his wife and children. The only condolence I can give is that there are many places in the world where Dorneles made an impact. In this technical-based FOSS community, Dorneles was a recognized and respected member. He was a great person.